Celebrating a few milestones at LEEC!

This week was cause for celebration at LEEC, as the team surprised our Managing Director Paul Venners with an impromptu presentation marking Paul's 30th year at LEEC Limited.

Joining the company in 1988, Paul came from the NHS as a former Director of Estates for Bassetlaw General Hospital in Worksop, Nottinghamshire, employed at the time by LEEC's former owner and MD Emils Gaillis. LEEC were installing a new mortuary at Bassetlaw Hospital and Paul played a lead role in helping LEEC carry out a successful installation, which was noticed by Emils and lead to a job offer of joining LEEC, with the task of developing LEEC's early steps into the supply of Pathology equipment for Funeral Directors and Hospital Mortuaries.

Paul never looked back and spent the next 19 years doing just this, until Emils sadly passed away in 2007, at which time Paul was appointed Managing Director by the team overseeing Emils estate. Taking the decision to purchase the company in 2010 with the assistance of a venture capital partner, Paul was able to buy out their interest in 2014, making the company wholly owned by Paul.

From his early days to 2018, Paul has seen and been involved with many chanages at LEEC, but still looks forward too and is excited by the future development of the company.

A special presentation was made to other long serving members of staff who have achieved 20+ years service, which included: 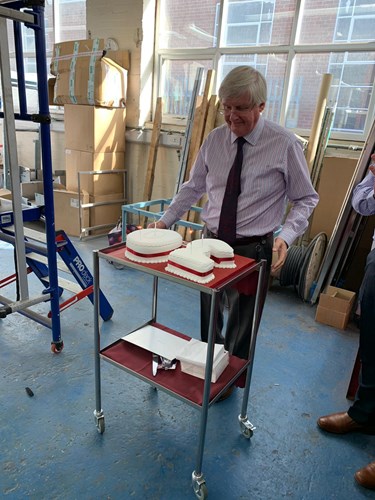 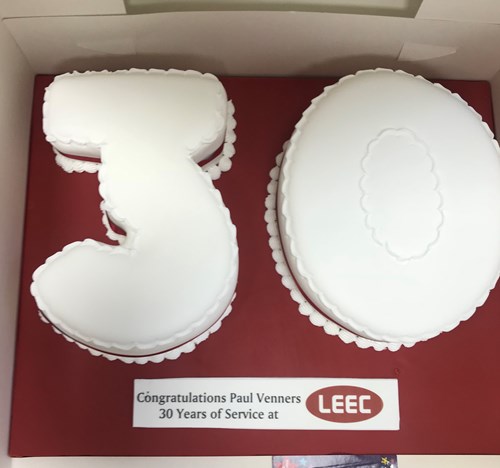