It only seems like two minutes ago since our 60th Anniversary, but time flies and this year LEEC celebrates it's 65th Anniversary.

Established in 1953, Laboratory, Electrical, Engineering Company as it was originally named by founder Emils Gailis, has continued to grow and develop over the years.

We have come a long way since the early days of C02 Cell Culture Incubator manufacture, for microbiology Laboratories, which in 1953 was cutting edge technology and really cornered the world's market.

Jump to 2018, LEEC as it has now been known for many years and under the leadership of owner and Managing Director, Paul Venners, since a management buyout in 2010 now design, manufacture and install equipment for the following fields:

Not only in the UK but throughout the world. For many years LEEC have been an established brand in the UK, but since Paul's MBO in 2010 have focussed on expanding LEEC into international markets, through a network of distributor partners, with whom LEEC are very proud to work, while still supporting our native market with innovative and often bespoke designed equipment to meet end user needs.

In 2016 LEEC won the Queens Award for Enterprise: International Trade and as we approach 2019 and the 70th anniversary of the Commonwealth we look forward to new opportunities nationally and internationally.

Many thanks to our customers new and old who support the LEEC brand. 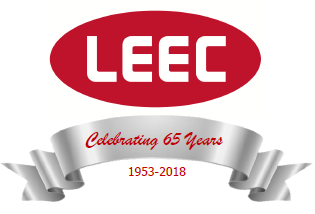